Psalm 98:4 of the King James Bible reads: “Make a joyful noise unto the Lord, all the earth: make a loud noise, and rejoice, and sing praise.”

While I’m not a religious man, something about the words “make a joyful noise” really resonates with me. It’s not “play a symphony in a black tuxedo” or “expertly navigate the changes to Giant Steps”; it’s “make a joyful noise.” One need not go to Julliard to be able to follow those instructions. One need only have something to make a noise with—a voice to sing with, hands to clap, or feet to stomp—and the spirit to do so.

Which brings me to trumpeter Thomas Valentine. Recorded in 1968 in Algiers, Louisiana, Thomas Valentine at the Kohlman’s Tavern on New Orleans Records might be the definition non pareil of a joyful noise. And that’s what makes it so special. 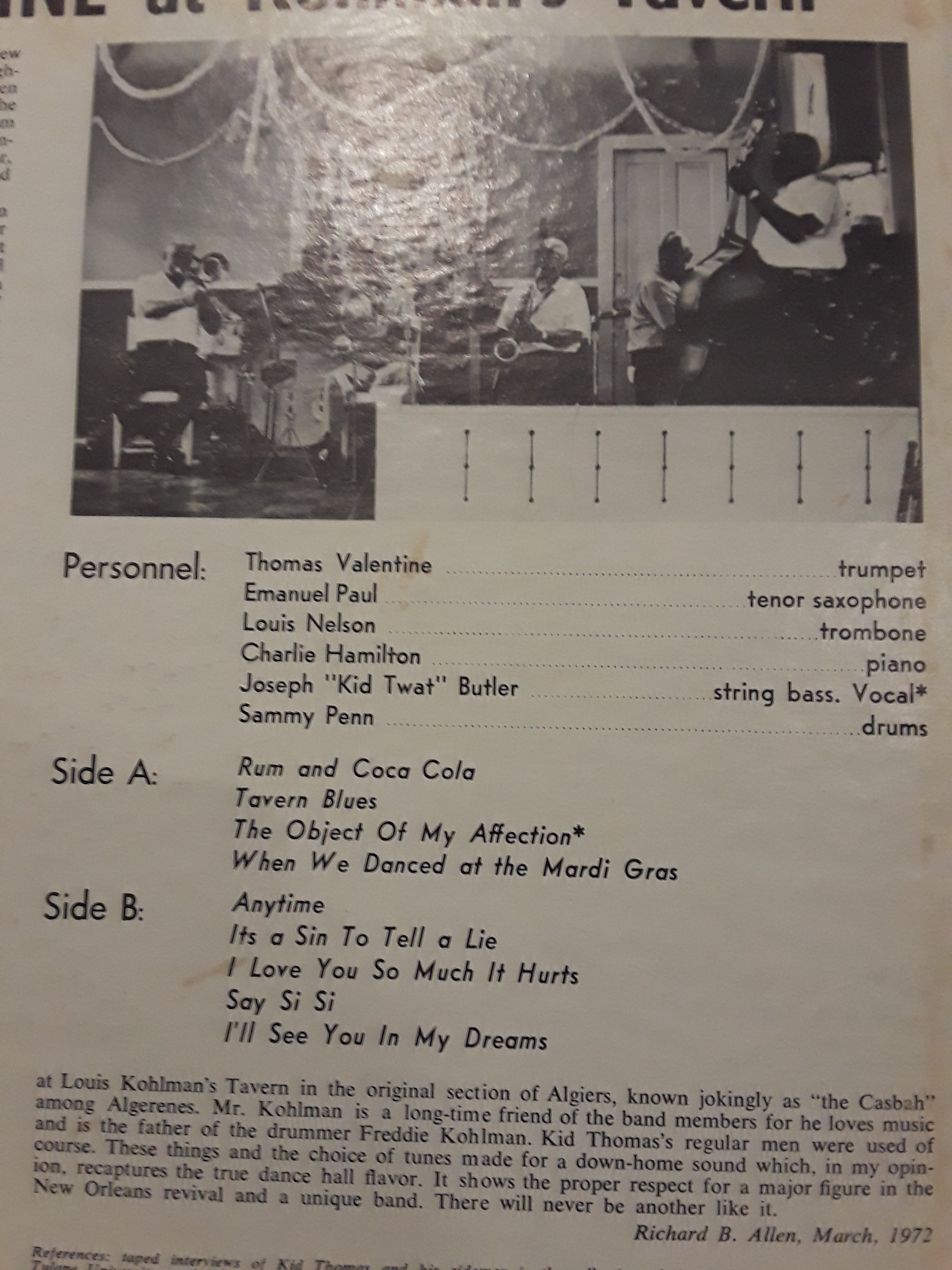 Valentine and his band shake down an exuberant and stimulating performance. At times it feels as if the group was being held together with little more than duct tape, tongue depressors, and the unabashed conviction to make that joyful noise. Pianist Charlie Hamilton plays some wild figures behind the soloist (was he being unintentionally hip or were his voicings and rhythmic feel decades ahead of the NOLA style usually allows for?). While Emanuel Paul is far from a polished player (his tone is spread amd wobbly and time is shaky), it doesn’t matter, because he plays with passion and purpose.

At the end of the day, Valentine and his crew—in making such captivating and enjoyable music—exemplify all the reasons why I will listen to this album and others like it over any other record that is expertly executed and produced to the point of being mechanistic. I’ll take Valentine and his group’s joyful noise over a virtuosic and technically impressive yet sterile performance any day of the week.