Well, it’s Top 10 List time again.  And while it’s impossible to hear all of the several hundred jazz albums that come out each year, it’s still a fun and challenging enterprise to make a best of list.  So what follows is a list of what I considered to be the top 10 albums that I heard this year.  These lists are always tricky, because every year I have about three or four that I think absolutely must be on my list, and then it seems like there are another twenty or so that deserve to be on the list.   In previous years I’ve thought my list mostly consisted of albums that were pretty far out there.  This year I feel like I’ve got a pretty good balance between the avant-garde and straight ahead records.  So here you go, my favorite jazz albums from 2012 that I had the privilege to hear.

1. Edmar Castaneda, Double Portion – I haven’t heard anything quite like it before.  I recently played this for some music majors and jazz enthusiast professors at a local small college and it blew them away.  And it still blows me away every time I listen to it.  You can find my review of it here.

2. Sam Rivers/Dave Holland/Barry Altschul, Reunion (Pi) – This one absolutely had to be on my list.  Find my review here. 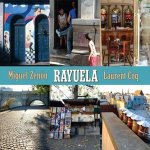 3. Laurent Coq/Miguel Zenon, Rayuela (Sunnyside) – This disc is inspired by Julio Cortazar’s novel of the same name.  As Zenon writes in the liner notes, each composition is  represents a character or episode from the book.  Joining the alto saxophonist and pianist are Dana Leong on bone and cello and Dan Weiss on drums, tabla and percussion.  What’s especially impressive about this album is not just the tightness of the band, but how it can change directions so nimbly and on the fly – Dan Weiss’ tablas and Leong’s unusual double contribute to the diversity greatly.  Zenon’s technique and musicality continues to expand, and his hookup with Coq is astounding, considering they have rarely worked together.  Highly recommended.

4. Vijay Iyer, Accelerando (ACT) – So much as been written about this album that I’ll keep my comments short.  What I continue to find most intriguing about Iyer’s music is the diversity of source material he uses and that he is able to tie them together into such a unified and singular aesthetic.  There aren’t too many people who would be able to put Michael Jackson, Flying Lotus, Henry Threadgill and Duke Ellington on the same record, add some originals, and make it work.  I caught Iyer and company in Kansas City this fall and they blew me away.

5. David Virelles, Continuum (Pi) – This album sounds haunted. Virelles digs deep into Cuban and Afro-Cuban cultural memory and folklore  on this captivating and stunning disc.  Roman Diaz recites his poetry in Spanish and the languages of the most important African cultures in Cuba: Karabali, Kongo, and Yoruba-Lucumi.  Featuring Andrew Cyrille and Ben Street, with guest appearances from Roman Filiu, Mark Turner and Jonathan Finlayson. 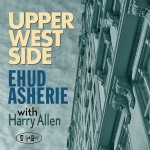 7. Jon Irabagon, I Don’t Hear Nothin’ But the Blues, vol. 2 (Irrabagast) – This one is not for the faint of heart: it’s a 48 minute, uninterrupted, and raucous track from Irabagon on tenor, drummer Mike Pride and guitarist Mick Barr.  (Check my upcoming interview with Irabagon for more details on this one.) 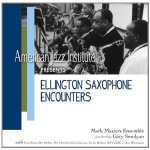 8. Mark Masters Ensemble, Ellington Saxophone Encounters – There’s not much I like more than old school saxophone playing, bari sax lead (especially when it’s Gary Smulyan), and Duke Ellington.  This album combines all three.  Masters arranged these (mostly) Ellington tunes for sax section plus rhythm.  Smulyan does most of the heavy lifting, but Pete Christlieb is really great too.  And it doesn’t get much better than Gary Foster playing lead alto.  Why Harry Carney’s “We’re in Love Again” hasn’t been played more is beyond me – Smulyan’s playing of this ballad is sublime. 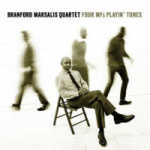 9. Branford Marsalis, Four MFs Playin’ Tunes (Marsalis Music) – Branford has been one of my favorites since before I knew hardly anything about jazz, and this album, besides having maybe the best title ever, is as good as anything he’s done.  The band sounds a bit different now, as the young drum phenom Justin Faulkner has replaced Tain, but they’re as tight, focused and burning as ever.

10. Ryan Truesdell/Gil Evans Project, Centennial: Newly Discovered Works of Gil Evans (Artist Share) – This is my debut CD of the year, and I hope it wins the Grammy it’s been nominated for.  Featuring many of the top players today, several of whom are in Maria Schneider’s group, this album is a great work of archival discovery and reconstruction.  To make the album Truesdell dug through Evans’ old scores and sketches, finding compositions and arrangements which hadn’t been performed before.   “Punjab” with a lengthy alto solo by Steve Wilson, Kate McGarry’s rendering of “Smoking My Sad Cigarette” and Wendy Gilles on “Beg Your Pardon” are highlights.