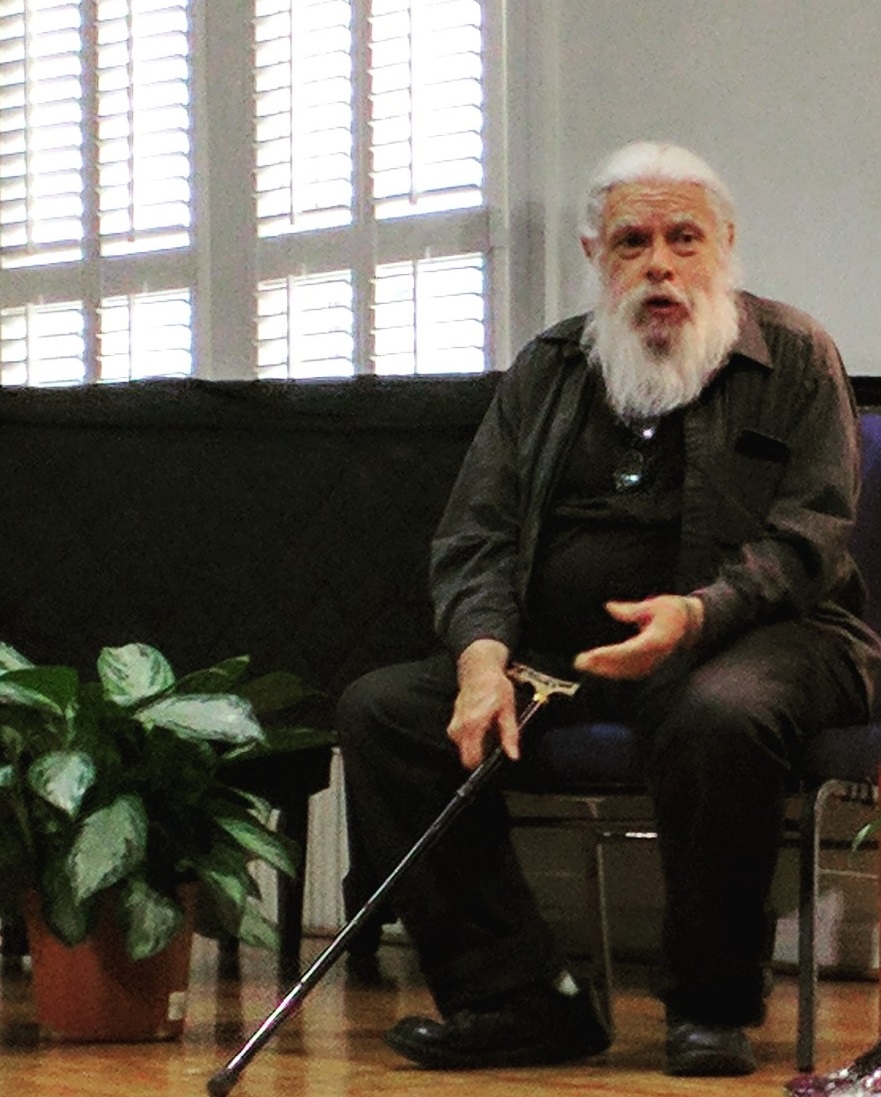 This week I had the pleasure of seeing Samuel Delany give the annual Eve Kosofsky Sedgwick lecture at Duke University. Every year the lecture is given by someone who has made important contributions to queer studies/theory. Instead of a lecture, he was interviewed by Duke professor Pete Sigal. In his opening questions, Sigal emphasized Delany’s academic nonfiction book Times Square Red, Times Square Blue, which documents and analyzes his experience of cruising for sex in Time Square’s movie houses and peep shows before Giuliani began criminalizing them in the 80s. In the book he outlines the important ways in which the old Times Square provided a crucial space of contact for people of differing classes and races.

There were so many things that struck me during the discussion that I wanted to remember. So as a way to not forget them I thought I’d write them up. Here are the top 10 lessons, in no particular order.

3. He likes hugs and said he would hug anybody who wanted one. It was a good reminder that hugs are good.

4. Sigal asked Delany how he would define a sex radical. After a moment of thought, Delany replied: “a sex radical is someone who says and does the wrong thing at the wrong time.” Later on, Delany proved his point when he said when he visited Times Square’s theaters that “I sucked A LOT of dicks.” People familiar with Delany might not find that statement surprising, but given the location and context—a wonderful, old lecture hall in one of the country’s elite academic institutions filled with professors and students—a statement like that isn’t something one might expect to hear. Let alone several times throughout the night.

5. Sigal turned the discussion to black masculinity in Delany’s novels, and asked about Delany’s use of racial epithets related to black men in his books. The way Sigal posed the question it was as if he was trying to get at a deep or significant meaning. Delany’s answer—“I use epithets in my writing because people use epithets in real life. The first person who called me the n-word was my father”—was so straightforward, and simple, and obvious, that it kind made Sigal’s original question seem silly. In other words, it seemed as if Delany didn’t want to meet Sigal in the terrain of academic discourse, and in so doing, gave a strong reminder that sometimes academics (and I throw myself in with them) go looking for more significance in something than there really might be.

6. An audience member had asked him which science fiction novelists he liked and who influenced him. One part of his answer stuck out to me: he didn’t think Ursula K. LeGuin’s work lived up to her ambitions and was best for twelve or thirteen year old readers. I was surprised, and thought the two might have an affinity for each other given they address gender and sexuality in their work. But it seems like they had a pretty good beef with each other.

7. At one point Delany lamented that “there isn’t any local news anymore,” by which he meant that we didn’t really know what was going on in our own communities. He said that for a while he would take a walk around his own neighborhood with a camera, just documenting and learning what was happening on his block. Some of his neighbors called it the “Chip report” (he goes by Chip). In the face of a difficult present and future, he suggests that we really need to know what is happening with our neighbors and we need a sense of community.

8. During the Q & A session an audience member asked if Delany could speak to the recurrence of queer male heroes in his books and how he thinks of what a hero is and does. His answer was simple: a hero is anybody who endures. In a time when superhero movies pervade popular culture, and when so many people are suffering in so many ways, with no hope of any single person coming to the rescue, it was a lovely thing to hear that we are our own heroes. That by hugs, and feeding each other, and being part of our communities, that we can be heroes to ourselves and others—that is an important thing to hear and understand and act upon at this moment.

9. That night happened to be his birthday, so at the end they brought him a cake, and before he blew out the candles he said he was going to tell everyone his wish, which was followed by some hushed “no, you can’t tell us.” So he blew them out and then wished that “everyone in the room had a full and long life” (or something to that effect).

10. Sure, it’s impossible to get to know who someone is after seeing them speak for 90 minutes, but from the few books of his I’ve read, and attending the talk, it seems that he is a wise, deep, unassuming, and beautiful person—one that we should all be listening to.