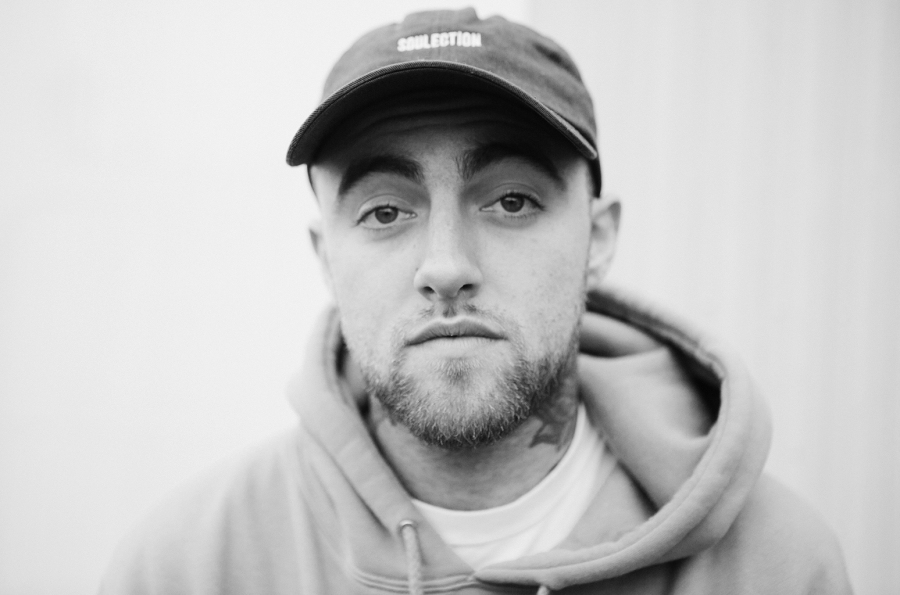 I came to the music of Mac Miller late. Like three days before he died late. I had never heard of him before. And because I live under a rock, I didn’t know he was the dude Ariana Grande was dating before she got with SNL‘s Pete Davidson. My first introduction was his NPR Tiny Desk Concert, and shortly thereafter his final album, Swimming.

Celebrity deaths almost never affect me. Anthony Bourdain’s suicide last year felt like a kick to the gut. So did Robin Williams’s. But I can’t think of any other in recent memory that really got to me. That’s why I was a bit confused when I had a visceral reaction when I heard Mac Miller had died, especially since I barely knew anything about him. I wasn’t alone: one could spend days and days scrolling through tweets and YouTube comments from people who were hit hard by his death, from famous musicians he had knew or worked with to random fans. But I couldn’t figure out why the death of someone whose music I barely knew and who I knew almost nothing about elicited the feelings it did.

One of my first thoughts after I heard he had died was that “well, he looked pretty unhealthy on that Tiny Desk Concert, the first part of the video for ‘Self Care’ features him in a pine box, and on Swimming‘s opening track he says that he’d do anything for a way out of his head.” In my mind, this added up to a guy who was in a bunch of trouble and needed some help. I said something as much in a Facebook post, to which my sister said something like “well, Ariana Grande was trying to help him out with his addiction issues.” If I would have crawled out from under my rock occasionally, I would have known this.

By assuming that Swimming was some sort of call for help, I fell into the same trap that we all do at some point: we take some interpretation of a song that seems to us to be completely obvious and then make that the truth of our relation to that song. In a way, doing so helps us to make sense of that song, our lives, and the outside world.

I’ve seen plenty of YouTube comments from people who just “know” that Miller made the album as a goodbye letter, that it was a breakup record, that he was predicting his own death, etc., etc.

In one of his last interviews, published in Vulture in August, Miller debunked a lot of the post-mortem theories about the meanings of the album. Craig Jenkins asked him how the public sense of himself differs from reality and how he treats managing his public image, to which Miller responded by saying that trying to control how people think of him would be exhausting, that nobody is going to be able to really know him, and that he leaves the meaning of his songs up to interpretation and lets people read whatever they want into them.

The realities behind Swimming‘s genesis would suggest how mistaken many of the popular interpretations of it are. In fact, Miller began working on Swimming in 2016, long before the events that many would assume inspired many of the album’s lyrics. As he told Jenkins, “’What can I do? Stand on a mountaintop and say, ‘I wrote these songs at this point in my life’?” So my interpretation of his declaration that he’d do anything to get out of his own head on “Come Back to Earth” as the feelings of someone deep in the depths of depression after his breakup with Grande would be incorrect, since that was one of the first songs he wrote for the album.

In his classic essay entitled “The Death of the Author,” French philosopher Roland Barthes explains the logic behind efforts to attach a certain meaning to any written text. Barthes writes that “the explanation of a work is always sought in the man or woman who produced it, as if it were always in the end . . . the author ‘confiding’ in us.” In the case of Mac Miller, it would be something like interpreting the line from “Self Care” “that Mercedes drove me crazy I be speeding” as referring to his crashing his Mercedes and being arrested for a DUI not long after his breakup with Grande.

As Barthes correctly points out, any text contains a multiplicity of meanings, and to assign a single meaning to it places a limit on the text. It also imposes a single meaning and identity on the author: our varied interpretations of Swimming creates a particular version of Miller that doesn’t reflect the person he was.

Thinking about Barthes’s theories about the meanings of written texts can help explain why his death affected me. Perhaps my interpretations of Swimming tells me more about myself than about the author. Unlike his mix tapes and earlier frat rap tracks—which don’t do a thing for me—Swimming highly resonates with me. Many times I’ve been in a mental place where I would do just about anything to find a way out of my head (“Come Back to Earth”); I’ve been deep down in the stranglehold of a bipolar crash, only to feel that momentarily, that just for a second, I think I might just be alright (“Dunno”; “Self Care”); I’ve played it cool to friends and colleagues even though under the surface I was a mess (“Perfecto”); I’ve felt my fingers slipping and that maybe in a moment I’d be gone (“Small Worlds”); I’ve needed someone to put me back together when I was out of order (again, “Perfecto”).

For me, when things aren’t right upstairs, the idea of swimming is more akin to not drowning, which isn’t exactly the same thing. I don’t know what swimming meant to Mac Miller; I wonder if he exactly knew. What I do know is that with his final album, he gave me something with which I could think about and better understand myself with. And guessing that my idea of swimming might be similar to his makes me feel a little less alone when I’m in rough shape, and that is a comforting feeling. Aside from feeling a general sadness about the death of someone so young who had much to give the world, with his death I did not lose a person I knew, or even felt I knew; rather, I lost an author of texts who I could draw a certain meaning from that spoke to my own experience.

Perhaps my feelings are shaped by the fact that I knew very little about Mac Miller before his death. But I’d suggest that for those who didn’t know him, it was Miller’s ability to speak to so many through his music—not through the reality of who he was as a person or any concrete attempt on his part to tell his listeners one specific meaning—that gives his music such power. Which is also why his death remains a powerful event.